Newest Games for Consoles and PC for 2020

When it comes to video games, 2020 is an interesting year. At present, aside from having new PlayStation and Xbox released in the market, there are also various games that you should never miss.

Some of the latest games for consoles and PC this year include the following:

The early trailers of Artful Escape provide it the look of a new psychedelic adventure game with a focus on musical complete with guitar solo and power slides. There are also monsters and skateboarding. It is expected that Artful Escape will be available in iOS, PS4, and Xbox One this year.

The Avengers of Marvel is probably the largest entertainment property in this world. The mightiest heroes of the world are getting a huge budget action game to match the cinematic exploits. Marvel’s Avengers is developed by Crystal Dynamics and Square Enix. It offers a promising multiplayer live service, years of new DLC locations and characters, and complete single-player storyline.

Keanu Reeves will have a guest appearance in this game. The overall game was designed by Witcher studio CD Projekt Red. It is the long-awaited role playing game and curious players will know more about it on the 16th of April.

Players who love dating sims and dungeon crawlers may find the best combination of both in the newest game called Boyfriend Dungeon. As the players clean monsters of the dungeon, they will encounter some weapons that can be their romantic partners. Once available, it can be played on Switch and PC.

The Doom of 2016 was a gruesome surprise, which offered a pure action and tense game that harkened back to the glory days. The newest Doom Eternal is basically a direct sequel, which looks to continue that same concept but with usual additions such as more enemies, new weapons, and a massive world. The game will be available on Xbox One, PC, and PS4.

Available on the 3rd of March on PS4, Final Fantasy VII Remake, as its name implies, is a remake with great voice acting, modern graphics, and new battle system that is more like a real-time combat of the latest Final Fantasy games.

What gamers can play on March 3rd is just a part of what is supposed to be a series of various episodes. The first is basically set in the game’s industrial Midgar section. However, even if it will not be the full story of Final Fantasy VII, it looks like the original release of the game that comes with modern features.

It looks like it’s the last showcase for PS4. The developer, Sucker Punch, is behind the Infamous series, Ghost of Tsushima is a fictional that tells the first Japan’s Mongol invasion in 1274. The promise of the game is to adopt ninja-like stealth tactics to disrupt Mongolian invasion. The game is also expected to be released this summer.

Those are just some of the best games for PC and consoles this 2020. Regardless of your preferences when it comes to games, there are lots of options that will surely suit to your gaming needs. 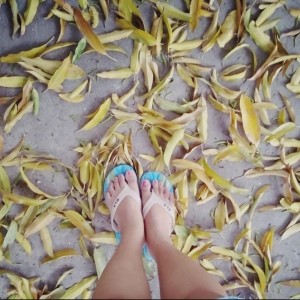 Article Online is the home of passionate writers like you. No matter what your expertise is, your words will be heard and you will gain more exposure as you  contribute more to this site.